With the Worlds Knockout stage coming close to an end, we’ve been able to see some stellar plays and mechanical outplays, as well as immaculate macro game movements and clean League of Legends gameplay. However, only one team can be crowned a winner, and with the Semi-Finals determining who will be going on to the finals, we are getting to some of the closest league of legends we will have in quite some time.

With SK Telecom T1, G2 Esports, Invictus Gaming, and FunPlus Phoenix all in the semi-finals, it feels only right that we take a look at some of the more entertaining and outlier odds that may or may not net you a good sum of money. These are by no means an easy pick, and should only be done if you feel like getting a bit frisky with your betting. However, the risk may very well be worth it, as these are the most underdog and risky odds that you can take in the League of Legends Worlds 2019 Semi-Finals Matchups.

All odds provided by GG.Bet and correct at time of publishing.

Although these are not generally made, one of the many fun bets to make are based off of KDAs, and individual player performance. With how quickly a series can turn into a complete fiesta, these tend to fluctuate with the times, and can lead to extremely rampant odds.

There is merit in betting who will be kill leaders, and who will be a stronger force to reckon with in later stages. For each team, these are the players to watch in case you wish to bet on who can put up the most points.

Outside of the regular betting odds, there are some new bets that were not available previously through GG.Bet. These are a few of our favorites, and ones that can see some nice return if the teams play as they have.

In the matchup between IG vs FPX, there is an opportunity to see how long a map will go. They have it listed as 1 Map Duration, and if it is any indication, then this would be a game one bet. The average game times have been clocked between 25 and 30 minutes. As such, those would be opportune bets to make.

Again, under the IG vs FPX matchup, they now have an opportunity to bet on how many kills will be made total in games one and two, as well as who will get 5 or 10 kills first. Both can be quite radical, as the odds will shift depending on the matchups and champions that are chosen.

However, there is one constant: There will be quite a few kills between these two teams. 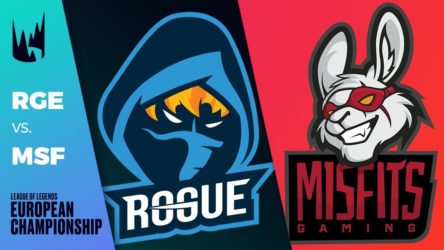