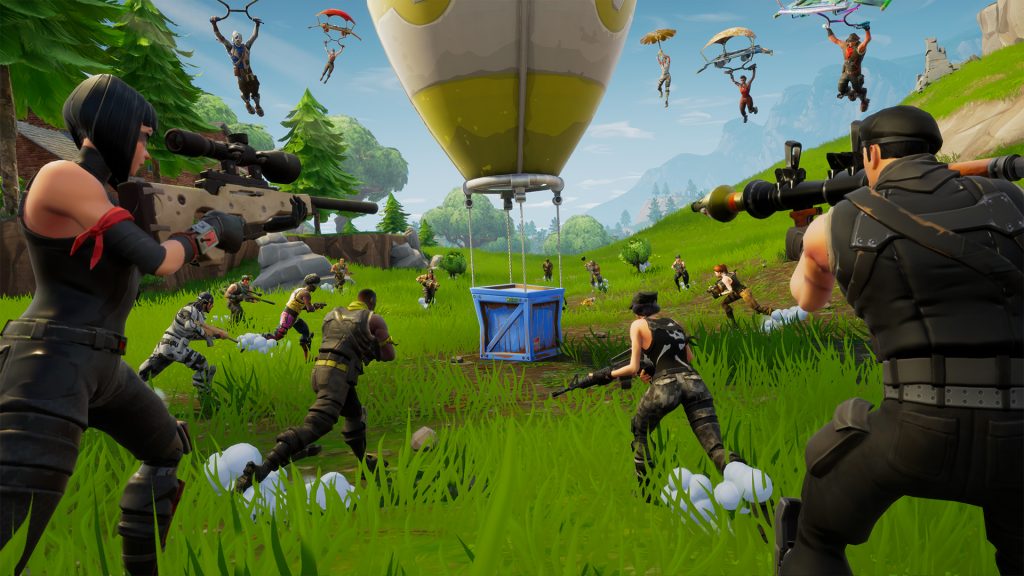 Games are held over the weekend, with the tournament format changing each week. This means that players need to be ready to adapt to a variation of rules and game modes for each game in order to become that day’s victor. Each week the Summer Skirmish matches take place on Friday and Saturday with 100 players competing each day. Two players, or duos, will emerge victorious across the weekend.

Betting on Fortnite is still new, but bookies including SkyBet and ArcaneBet have offered betting opportunities on Summer Skirmish.

The novelty of Fornite betting has meant that odds have leaned in favour of those who know the scene. With odds as high as 50/1 on some popular streamers, esports bettors have had the chance to win big money with Summer Skirmish betting.

Any of the Fortnite betting sites listed will offer numerous markets for which to bet on. The following list of markets provide a taste of what you can expect to bet on during the Fortnite Summer Skirmish.

Summer Skirmish competitors are selected according to different criteria and can change from weekend to to weekend. While popular streamersEpic Games, other players are selected based on their performance in the earlier Solo Showdown event that took place in May and in July.

While the first week’s prize pool was $250,000, proceeding weeks have offered a daily prize pool of $500,000, including the extra cash rewards for players who achieve the most eliminations in each match. This sets the total prize pool for each weekend at an impressive $1 million.

The top 20 players each day win a cash prize in the Summer Skirmish, depending on their final placements. Distribution of the prize pool is as follows:

Epic Games have revealed a unique format for each of the Summer Skirmish weeks that have been played so far. These are expected to change right until the eighth, and final, week. Here are the formats we’ve seen so far.

Players played ten matches in duos, with the team achieving Victory Royale — the last team alive— twice were crowned winners. Week one Summer Skirmish winners were Kevie1 and NotVivid, based on standing and eliminations combined.

Week two was a ten-match solo event, and would see the player with the highest overall score proclaimed the winner. Players could achieve points as follows:

iDroPz_BoDiEs won the Friday event, with a total of 184 points, while Saturday’s winner was KamoLRF with a 174 points. Show more.

This week had a Race to the Crown format and was another duo event. This time the winning duo would be the pair that managed to first reach 13 points. Points were distributed as follows:

If two duos achieved 13 points at the same time, the team with the most Victory Royales would win. If this didn’t determine a winner, eliminations would be the tiebreaker.

On Friday, NRG Zayt and SKT Saf took the win with 16 points, despite missing a match. Atlantis Mitro and Atlantis Magin scored 14 points on Saturday, taking that day’s victory.

Week four was played under a Hold the Throne format, meaning the player achieving the highest number of eliminations in a single match would take the title.The player holding the throne would continue to earn one extra point per match until their record was beaten.

This week’s tournament winner would be the first player to reach eight points, but there was no set limit of matches. Players could earn points as follows:

Friday saw NotVivid take first place once again, but it was Reverse2K_TTV that held the throne and won the $50,000 prize. On Saturday it was Secret_Domentos that got Victory Royale in three matches, pushing him into first place. However, the ‘Hold the throne’ prize was split between three players who all achieved seven eliminations in one game.

Week 5 was played under King Pin format, which meant the team with the most points after eight matches would win. In this week, players could earn points that contribute to determining their placement at the end of the Fortnite Summer Skirmish tournament. These points could be achieved through:

This week saw another impressive win for NotVivid as he and Liquid Poach took first place on Friday, while Twitch K1nzell and Atlantis Mitro claimed the victory on Saturday. Show less.

The purpose of the ever-changing format of the Fortnite Summer Skirmish event is to gauge what works best for competitive Fortnite gaming. Epic Games are picking up on issues and adapting format accordingly each week. Format adjustments include:

Added elimination bounties. These encourage players to put themselves in danger for the potential cash reward.

Tournament-specific point systems. Most weeks have had specific conditions that players could aim for to earn extra points, like “Hold the Throne” where the player with the most kills in a game gained a point after each match until the record was beaten.

Spectator camera. This doesn’t affect gameplay, but allowing viewers to focus in on one player makes the viewing experience far more exciting than constantly jumping between all the players.

Points vs Matches. Sometimes tournaments are won by reaching a certain amount of points, which means the amount of matches played can vary significantly. While in other formats, a set amount of matches are played and the player with the most points after those matches have been completed wins.

ADDED ELIMINATION BOUNTIES These encourage players to put themselves in danger for the potential cash reward.
TOURNAMENT-SPECIFIC POINT SYSTEMS Most weeks have had specific conditions that players could aim for to earn extra points, like “Hold the Throne” where the player with the most kills in a game gained a point after each match until the record was beaten.
SPECTATOR CAMERA This doesn’t affect gameplay, but allowing viewers to focus in on one player makes the viewing experience far more exciting than constantly jumping between all the players.
POINTS VS MATCHES Sometimes tournaments are won by reaching a certain amount of points, which means the amount of matches played can vary significantly. While in other formats, a set amount of matches are played and the player with the most points after those matches have been completed wins.

You can catch all of the Summer Skirmish matches on Fortnite’s official Youtube and Twitch channel. The matches start at 11pm CEST on Fridays and 7pm CEST on Saturdays.

Now that you’re clued up on the Fortnite Summer Skirmish event, you’re ready to join in on the action. Select an esports bookmaker offering Summer Skirmish betting markets, sign up and make a deposit to start betting. The best Fortnite betting sites will offer a range of different payment methods, so it’s easy to get started. Don’t forget to claim your welcome bonus to help your budget go further!

Can I bet on the Summer Skirmish on my mobile?

SkyBet and ArcaneBet has offered betting on Summer Skirmish and, thanks to their mobile app and mobile-optimised web pages, Fortnite fans could enjoy the same betting experience, whether they were using a mobile device or desktop.

Should I back who the bookies think will win?

This isn’t always the best route. While bets on the bookies’ favourites might pay out more often, the payout might not be as rewarding as a betting on an underdog. You should also remember that a bookie’s favourite isn’t always guaranteed to win. Keep an eye on tournament stats and past player performance to guide your betting decisions.

How do I know which players are competing in the Summer Skirmish?

You can find this on Epic Games’ Fortnite website. Summer Skirmish is a weekly tournament, so players may only be announced a few days prior to that weekend’s event. Players have also been announcing their participation on Twitter, so keep check of #SummerSkirmish for updates.

Can I place in-game bets on the Summer Skirmish?

In-play betting hasn’t yet been available for Summer Skirmish. Until now, the betting markets have included tournament winner or top 20 finish, but these markets could change as the event progresses.

Will there be more Fortnite events to bet on in the future?

Yes, Summer Skirmish is only the beginning. Epic Games has laid out a vast sum of $100,000,000 in prize money for the 2018-2019 season and have announced plans for a Fortnite World Cup, for which the qualifying rounds begin in Autumn 2018.