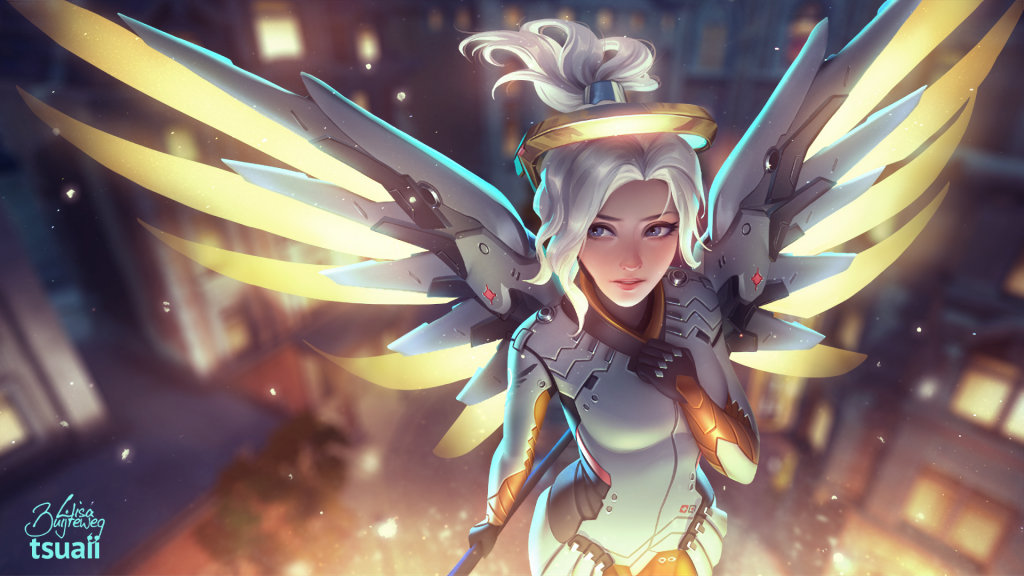 Blizzard Entertainment’s most successful game to date comes in the form of Overwatch, a team-based FPS with a broad range of unique characters. Teams of six players compete to capture and control objectives, using each hero’s unique skills to beat back the enemy. With the fluid mechanics of a traditional shooter, exotic hero abilities and a high skill ceiling, Overwatch is one of the most fun games to watch or play. Show more.

Overwatch is anticipated to be one of the next major esports and already betting sites are starting to get into the action. On this page, you’ll be able to find the best Overwatch betting information, from upcoming matches and odds to sportsbooks and bonuses. Let’s get right into it – the world needs heroes!

Before we have a look at the first set of match odds, it’s important to understand how these are written on SickOdds. Let’s say that we have a match between a strong favourite, Team A, and an underdog, Team B. Imagine a betting site is offering 2:1 odds, so if you bet $50 on underdogs Team B and they win, you would get a big payoff of $100 (plus your stake). Conversely, if you back Team A to win and they do, you have to venture $100 to get $50 back (plus your stake).

You can use the bookie’s odds to work out the actual percentage chance that they think Team A will win over Team B, and vice versa. We’ll use the same example as before, which as you may remember states that Team A rated at 2:1 over Team B.

We sum 2 (Team A) and 1 (Team B), giving us a total of 3. We take the inverse of 3, meaning we divide one by that value. That’s 1 over 3, which is equal to 0.33 recurring; that means the bookie thinks that Team B has a 33% chance of winning. If you believe that Team B has a better than 33% chance of winning, then you could vote for the underdog and potentially make a tidy profit. Similarly, if you think Team A has an even greater chance than 66%, you could bet on the overdog to get a safe yet small return.

One final point to mention is that not all sites will offer the same odds on a given match. If you’re betting on a site that gives 2:1 odds instead of 3:1, you’re missing out on an extra $10 potential winnings for every $10 you bet on the underdog (assuming you win, of course). Keep looking at different sites, and choose the one with the best odds where possible! Show less.

Overwatch is still an emerging title with relatively few pro matches, which means some betting websites (especially the more traditional operators) haven't yet begun to cover Overwatch matches. That means there are slightly fewer options to choose from, but there are still some reasonable choices available.

Two of our favourite big sites are Bet365 and betway, thanks to their generous welcome bonuses (see below), strong support and reasonable odds. These sites are also well licensed, which should provide some security. If you prefer sites that are newer and esports-focused, often with slicker websites to boot, then you might try LunarBets.eu or Unikrn. You can see all sportsbooks available by clicking on the 'See All' button above.

There are a variety of Overwatch betting bonuses available, with several different types offered by different websites and bookmakers.

First deposit bonuses are one of the most common types, and also one of the simplest to explain. When making your first deposit, the betting site will give you some extra cash to play with, usually between 25% and 100% of your deposit. Generally there are conditions you need to fulfil before you can cash out; this will depend on the site but typically involves placing a certain number of bets at certain odds.

First deposit bonuses are a nice incentive to check out new sites, but they're hardly the only bonus on offer! Show more.

No deposit bonuses are a more generous bonus, allowing you to start betting with real money without actually depositing anything yourself. There are terms and conditions here too, but with luck and still you can make it to cash out without putting in a cent of your own money.

Cashback bonuses are less common, but well worth spotting. These bonuses give you a percentage of your money back after a failed bet, giving you a bit of a cushion against misfortune. Show less.

Latest on Overwatch Read all

Overwatch is still a developing esport, with three major competitions sponsored by developers Blizzard: the Overwatch World Cup, Overwatch League and its feeder Overwatch Contenders. All three of these international competitions are still in their early stages, but should continue to develop over the course of the year. Meanwhile, high-level competitive play is taking place in third-party leagues and tournaments, at big LANs like Dreamhack and at dedicated events across the world. It's an exciting time to get into competitive Overwatch, so don't miss out! 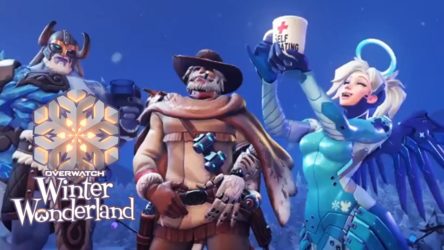 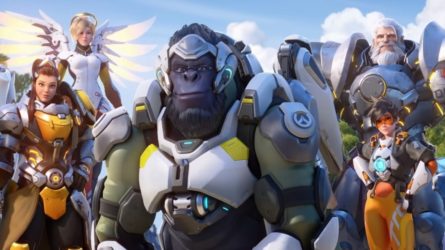 Overwatch: 2021 Season to Begin in Spring and will Include Regional Tournaments

Overwatch: 2021 Season to Begin in Spring and will Include Regional Tournaments

Overwatch is a fun and intuitive game to play, but its 3D playing field, varied objectives and diverse roster of characters and abilities can make it harder to watch than other esports on the market. That’s why it pays to spend a little time understanding the core concepts of the game, before moving onto deeper levels of tactics and strategy. Use the betting guides and overview on this page to learn more about Overwatch and gain a competitive edge in Overwatch betting! Show more.

Like League of Legends or Dota, each character in Overwatch has unique abilities that can they can make use of constantly throughout the match. Each character has several abilities they can use often, and a more powerful ultimate ability that takes a long time to charge up. The use of these ultimates can turn the tide of a big battle, so a lot of strategy is spent on using these ultimates together, or denying the enemy a chance to use theirs effectively.

Teams are most effective when they’re grouped together in an area, so taking out a player or two early in a push can be a massive advantage to one side. On attack, expect to see teams group up, push together (not necessarily from one angle), then back off and reform if they face difficulties. Watch the ebb and flow of the game, and you’ll start to understand it better. Show less. 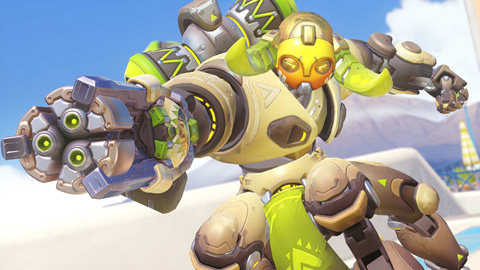 Each Overwatch match consists of two teams, each made of six players. Players choose a hero from a roster of approximately two dozen characters, each of which have unique abilities and different attributes.

Games are played on one of over a dozen maps, available in four modes: control, assault, escort and hybrid.

Control mode tasks teams with holding an area of the map for an extended time period, and is typically played as a best-of-five.

Assault mode sets one team as attackers, the other as defenders. The attackers try to take two control points in sequence, while defenders try to prevent them. After the final point is taken or time expires, the teams switch sides. The team that secures the most points wins.

Escort mode requires the attacking team to push a payload along a pre-defined route against the clock. Teams switch sides after the attackers reach the end of the route or time expires. The winner is the team that reaches the end the fastest, or the team that goes the furthest if the end is not reached.

Hybrid mode begins as an assault mode, with a point to capture, and then proceeds as an escort mission. Teams switch sides as normal, and the winner is the team that accomplished their objective fastest (if both teams succeed while attacking) or got the furthest. 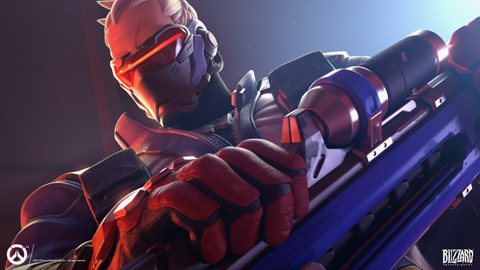 The 20+ heroes of Overwatch are divided into four broad categories: offence, defence, tank and support.

Tanks have the largest health pools, and abilities that allow them to shield their teammates from enemy fire. Finally, supports are heroes that heal or otherwise augment their teammates, and some apply debilitating effects to the enemy.

Teams will use different mixtures of roles and heroes depending on what is currently effectively (the meta), the map, their own preferences and that of the enemy. Balanced compositions, like 2 DPS, 2 tanks and 2 support or 3 tanks and 3 supports are relatively common, but other combinations are possible. Choosing an effective composition is critical to success, although unlike MOBA games like League of Legends and Dota 2, players can switch heroes midway through a match to adapt. 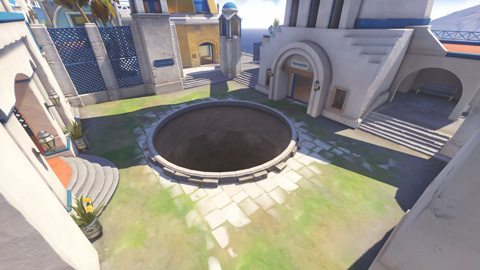 Overwatch has a wide map pool, including over a dozen maps, all of which are played at a competitive level. Overwatch bettors should remember that teams will have preferences for different maps and modes, based on the strategies they employ and the heroes their players prefer to use.

The map voting that occurs at the start of each competitive match can have a big outcome on the final result, and teams that can play well on a larger number of maps will typically be more consistent than a team that only shines on a few. The odds of a team winning a match are given before the maps are decided, but you can try to predict where teams will end up based on their historical veto process, and how that will affect the probability of each of them winning. This can give you an edge in Overwatch betting, and should become more of a factor as the game is increasingly ‘figured out’. 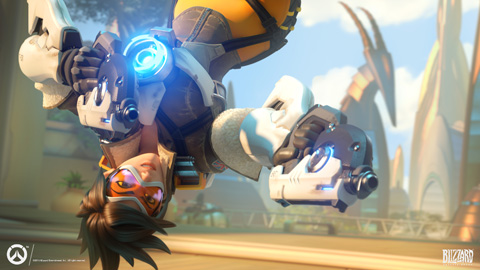 The meta of Overwatch refers to what is currently fashionable and effective at the top level of competitive play. This can include team compositions plus tactics for each map and mode.

As the game is updated with patches from Blizzard and new strategies are discovered, certain heroes and tactics will become more or less popular. Support and tank heroes tend to be slightly more stable in their popularity, but DPS (offence and defence) characters fall into and out of fashion frequently.

Knowing the current meta, and which teams are the best at employing it, can work to your advantage as an Overwatch gambler. For example, if a new patch arrives that nerfs a hero that one team relies on more heavily than another, you might have a better chance to win when picking the team less affected by the change.