ESL in collaboration with DreamHack confirmed that all 2020’s events will be held as online regional tournaments, adding up over 75 days of additional competitions compared to the original design.

The ranking system from reforged Pro Tour leads into the Masters Championship 2021, expected to be an offline event. Until then, there will be three seasons – summer, autumn and winter, each featuring six weeks of competition. In addition to both ESL Pro Tours, weekly ESL Open Cups will remain active for wider communities.

“As esports are global and inherently digital, we are uniquely positioned to continue this legacy, hold our tournaments online, and even improve the format for players, fans, and partners. By heavily increasing broadcast hours of the ESL Pro Tour, we aim to deliver even more esports content than before to entertain and support the RTS communities.”

ESL is not giving up on hope leaving a back door for optional return to offline competitions in the second half of the year, in case global health situation gets better.

Each season will be played across a five to six week period, starting with qualifiers and concluding with Season Finals. Best players from each region will battle for a title of season champion in a global competition in mid-July, which will also include players from South Korea.

Here’s the schedule for the upcoming StarCraft II Pro Tour:

Five players from global competitions will get a direct invite to Masters Championship in Katowice, while the rest will have to earn enough ESL Pro Tour points to assure a position amid 36 designated spots. One spot has already been reserved for this year’s IEM Katowice winner, Korean Zerg Lee “Rogue” Byeong Yeol. As usual, South Korea gets the largest number of spots  – 14, which is twice as much as Europe. Other regions have to settle for significantly smaller numbers.

For WarCraft III, each season will be played across a four week period and will feature three regions – America, Asia and Europe. The rest is pretty similar to StarCraft II – qualifiers leading into Season Finals in August and the Championship moved to IEM Katowice 2021. Only 15 best players will travel to Katowice and again, only one Korean player has a secured spot. It is Jang “Moon” Jae Ho, a Night Elf who qualified from DreamHack Anaheim 2020.

In each season, players will compete for a total prize pool of $35,000 out of which $10,000 will be designated for Season Finals.

Here’s the schedule for the upcoming WarCraft III Pro Tour: 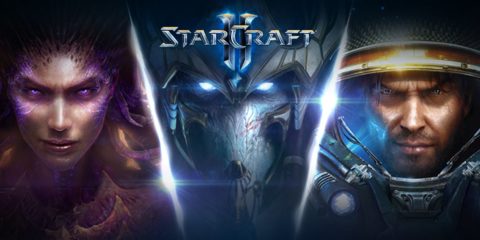