Dota is a game in constant flux. Thanks to regular changes to the game’s balance – often extremely drastic changes – players are locked in a state of perpetual discovery. This is often referred to as the “metagame” (or just “meta”), and it’s of vital importance to stay in touch with if you’re looking to predict the outcome of a match.

With each patch, different heroes rise and fall in popularity. Perhaps they were previously unplayed but given a buff or rework that sees them picked up again, or perhaps the overall pace of the game is adjusted which indirectly alters the appeal of large swaths of the hero pool. Beyond that, it can take time for players to unlock the true potential of a hero; sometimes a hero suddenly becomes considered OP long after any actual balance changes, having simply been lying dormant all along.

When it comes to the competitive scene, and placing bets, it’s worth remembering that the majority of pro Dota players have been around for a long time. They’ve weathered a large number of balance changes, and had to master a wide range of different heroes over the years. That said, every pro player has specific heroes that they truly excel at. If the patch favors the heroes that a particular player or team excels at playing, you can expect them to perform better than normal. In other words, the balance patches not only mix up the game itself, but can destabilize the competitive scene as well.

There’s no finer example of this than looking at the player AdmiralBulldog. Playing an absolutely beastly Lone Druid (and to a lesser extent Nature’s Prophet), but not necessarily being outstanding on many other heroes, AdmiralBulldog can dominate tournaments single-handedly during metas where this hero dominates. However, when Lone Druid isn’t a strong pick, Bulldog suddenly loses his God Tier status.

Below you’ll see a list of all the heroes we believe to be strongest in the current meta, as well as which players across the world are strongest with them. Informed bets are the best bets! 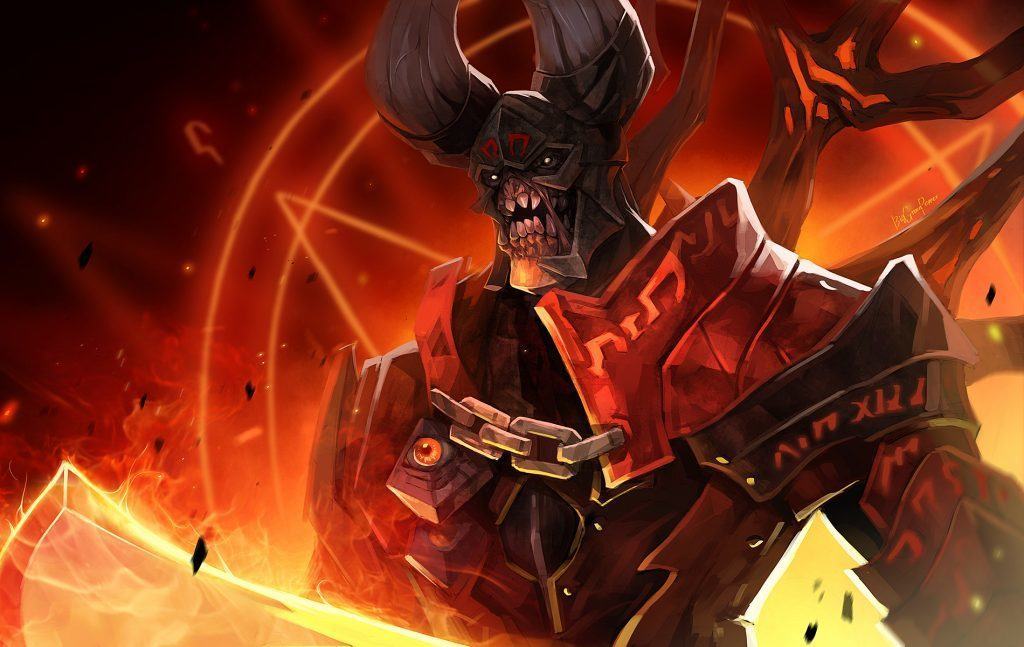 Doom has always been relevant in one way or another, with an ultimate that “counters everyone”. Very few heroes can continue to fight effectively after being doomed, and those that can need to already have a significant advantage to do so. The recently added Infernal Blade skill saw his early game presence skyrocket, whilst he still retains his capacity to transform into a late-game carry. While not receiving any direct changes from the latest patch, the overall longer games and stronger importance of teamfights has brought Doom very much back into the fray.

LGD.cn’s xiao8 is perhaps the most well-known for popularizing Doom as an offlane hero. Surviving difficult lanes but still coming out ahead thanks to Devour, only to become a midgame powerhouse that can potential transition into a late-game carry as well. 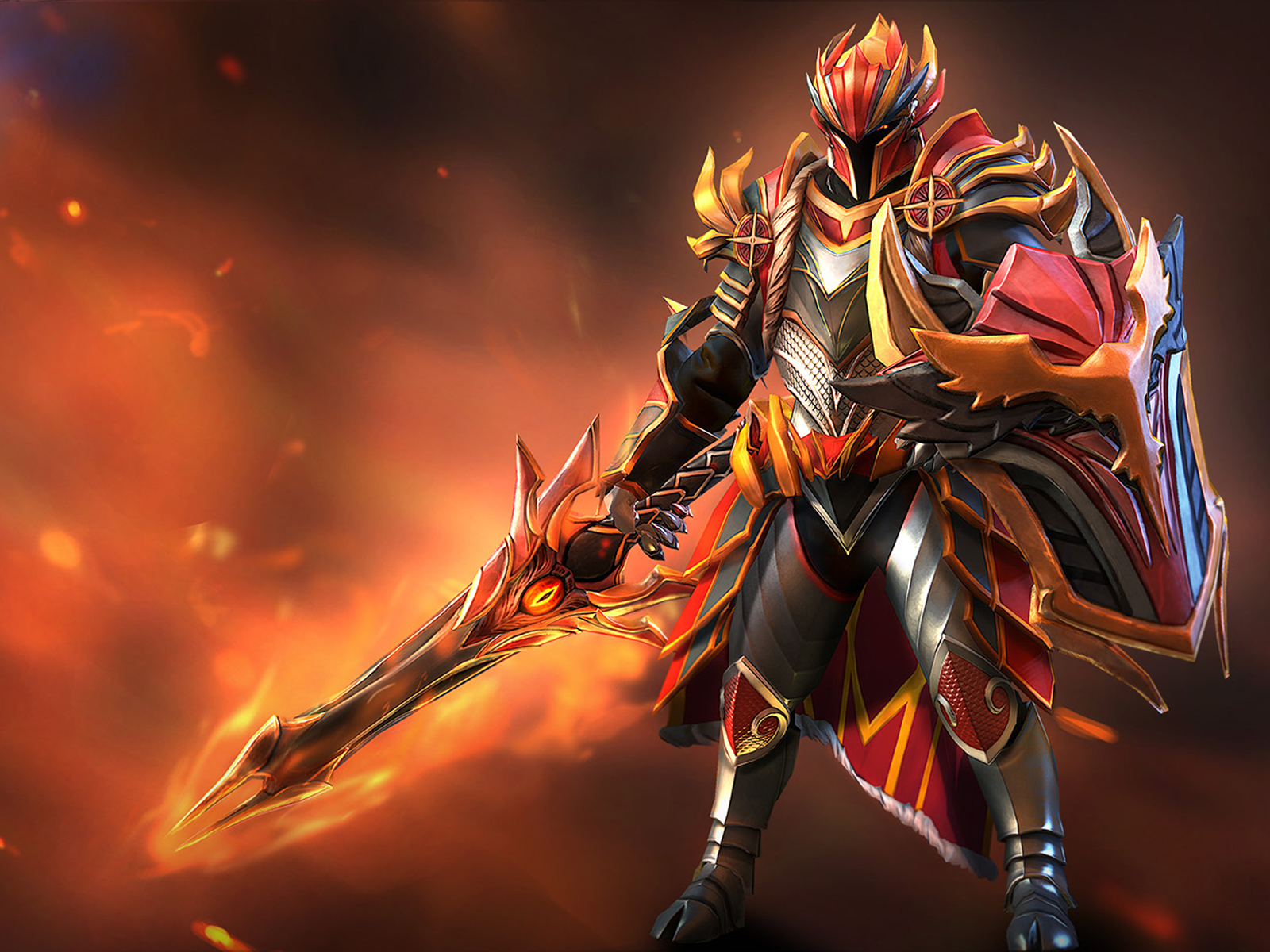 Thanks to the armor buff given to Armlet in 6.87, strength carries in general are seeing more play. Dragon Knight is one of the classic strength carries, despite having been a bit off the radar in recent times.

A lot of teams weren’t picking him much in the early days of the patch, despite a seemingly shared agreement on his potential strength. VG’s Mikasa, Team Liquid’s FATA and OG’s Miracle all have strong records playing mid DK, and have been among the first to re-adopt the hero in the current meta. Alliance’s s4 and iG’s Ferrari_430 have also rocked Dragon Knight to great effect in previous metas, so we can expect to see them perform well on this hero as well. 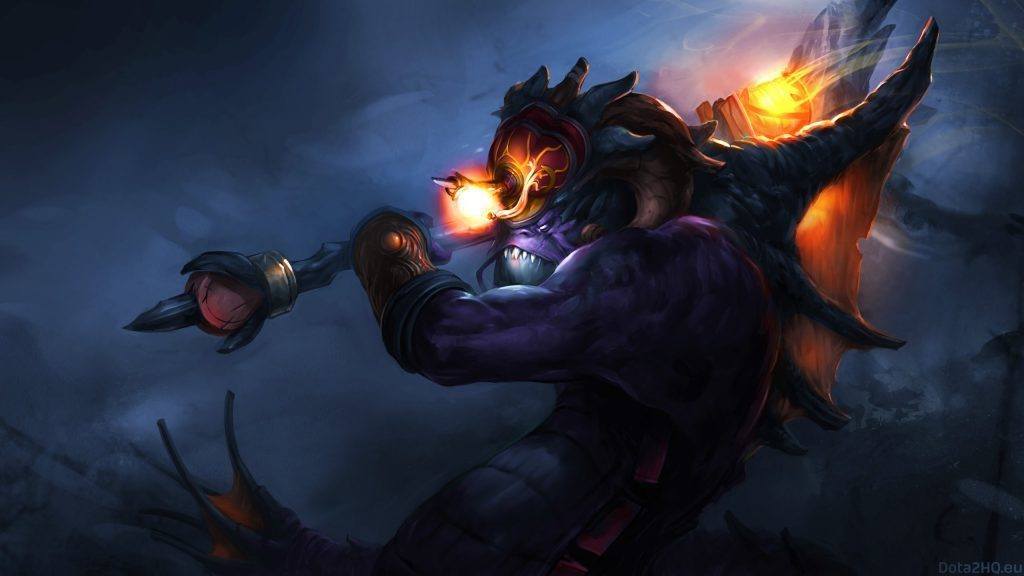 In a meta that continues to be dominated by lockdown, Slardar is an extremely strong pick. With a low-cooldown, high-range AoE stun, and one of the most powerful damage amplification ultimates in the game, he’s king of gank-heavy lineups that seek to lock down and blow up enemies. In a meta that is starting to get dominated more and more by tanky, durable heroes, Slardar’s ultimate is the perfect counter.

MVP.QO is arguably the best Slardar player in the world, with MVP being the team you’ll see most often running Slarder-based lineups. Lots of physical damage, armour-reduction and lockdown gives them an explosive playstyle, and QO’s decision making and armlet toggling on Slarder is simply godlike. 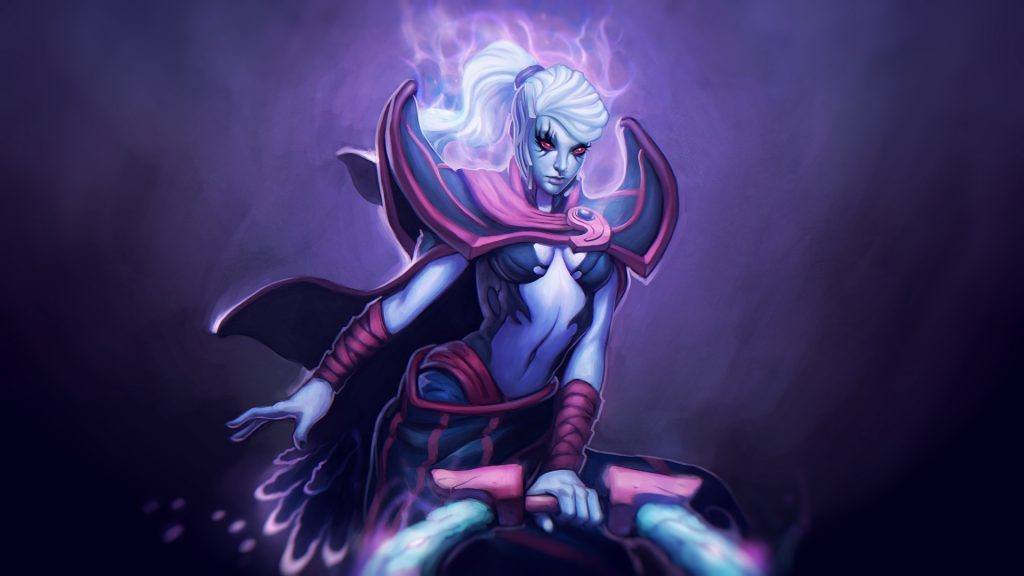 A favourite for early game gank lineups, with a powerful stun and damage amplification, Vengeful Spirit also benefits from a smooth transition into mid and late game. The range on her ultimate has been buffed again and again, and has become something to truly fear: with very few genuine counters, she can swap someone straight into her team for an easy kill. Unlike other heroes that can serve a similar purpose (Batrider, pudge), hers is almost instant and requires nothing more than vision of the target.

EG’s captain, PPD, can often be seen playing a top-tier Vengeful Spirit. Having captained his team to victory in a number of major tournaments (including the International in 2015), it’s no surprise he’s well-versed in support heroes in general. He’s able to have a high impact on the game – even in dire situations in which he can barely afford to buy wards, let alone more potent items – which is a testament to how well he understands the hero.

Arguably one of the most annoying heroes to play against in the early game, Bounty Hunter is played as the patient assassin, going for early courier kills, messing with junglers, and making teamfights even more profitable for his team. Despite being subject to multiple minor nerfs over recent patches, he remains one of a kind in his early game effectiveness and general flexibility.

Febby, from MVP Phoenix, stands out as a particularly strong Bounty Hunter. Being a support player he rolls with an off-beat approach to the hero, sometimes sitting in a dual mid lane instead of always roaming. He even tends to build supportive, buying items like arcane boots and mekansm.

As more and more heroes are given Aghanim’s upgrades with each patch, it’s no surprise that Alchemist – with his unique ability to buy Aghanim’s Scepter upgrades for his teammates – is becoming increasingly desirable. With the potential to give all 4 of his teammates essentially a 7th slot (as he “buffs” them with the upgrade instead of giving them an actual item), he also flourishes in matches that go deep into the late-game, where his non-stop farming can continue to fuel his team’s potency long after other heroes have maxed out.

The nature of the Alchemist’s utility clearly makes him strongest in the hands of the best carries. However, as a selfless farmer, he usually isn’t played by the 1 position (who is traditionally more accustomed to farming selfishly and then being a one-man army), but instead is normally picked for mid players. A great example of this working out flawlessly can be found in the Frankfurt Major finals (at the end of 2015), where OG had Miracle on Alchemist farming a fast Ahgs for N0tail’s Tiny, giving them an unstoppable midgame power-spike and contributing to them taking the cup home. 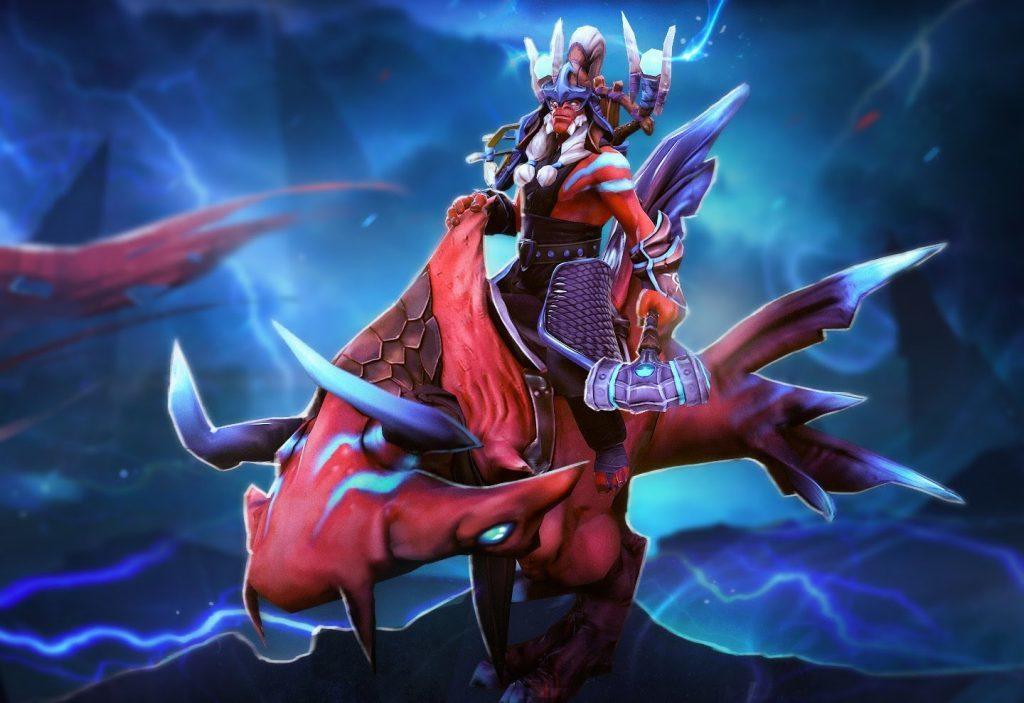 Glimpse as a spell hasn’t changed hugely for a while, but it’s always been one that – when you really look at it – is wonderfully overpowered in the way only a Dota 2 spell could be. Absolutely enormous range? Check. No counterplay besides BKB? Check. Pretty much a guaranteed kill on whoever you use it on? Check. He even has a spell that provides vision to make it even easier to use, and it can thoroughly annoy anyone who’s just teleported into a fight by sending them straight back home. Disruptor has been a strong hero for a long time, but he’s perhaps been slightly overlooked until recently.

TeamLiquid’s JerAx often showcases exceptional Disruptor play, fully understanding how to position perfectly and when to use the hero’s powerful abilities to full effect. Too many players, for example, fire off Statis Storm at the most obvious moment, while JerAx has the patience and restraint to wait until the most devastating opportunity. 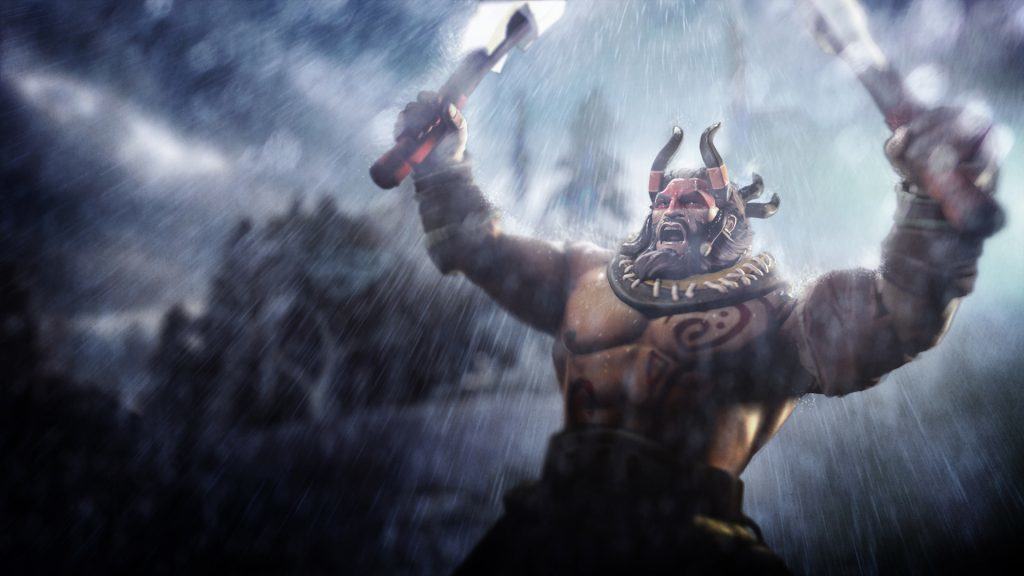 A fantastic offlaner and ganker that can transition into lategame well. No surprise, then, that Beastmaster remains more than relevant in the current meta. Since the introduction of the Iron Talon in 6.86, Beastmaster has become a viable jungler, and he remains a very strong pusher come mid-game. In other words, he can do a bit of everything, and do it well. With durable heroes making for more and more common picks, having a relatively tanky offlaner fits the bill nicely.

EG’s Fear is well-known for rocking a scary Beastmaster. One of the oldest Dota players still playing competitively, the man has played every position and every hero to a competitive level by now. So it’s saying a fair bit when we say he’s known for Beastmaster in particular.