Most esports bettors, you would assume, are fairly happy with the service they receive from their betting partner. Indeed, readers of this site will have been tutored on the best places to bet on LoL, Counter-Strike, Dota 2, and so on. There is, however, always room for improvement. Esports betting is still relatively new, and, as such, it will inevitably go through some evolutionary changes in the coming years. Indeed, esports betting is becoming highly competitive among operators, and we can be sure that competition will breed innovation.

When looking at the future of the industry, it’s not always useful to make comparisons between esports betting and regular sports betting. They have more similarities than differences, for sure, but esports bettors have a slightly different mindset from regular punters. However, there are certain areas in traditional sports betting which we can point to, and perhaps wonder if esports betting could benefit?

Bet-Builder has been a hit with soccer fans

One such example is the trend in what loosely is described as ‘Bet-Builder’ functions. Bookmakers have different terms for this feature, like Build-a-bet, Build #YourOdds, etc., but they all amount to the same thing – a feature that allows you to combine different elements from a single event.

To show you how it works, let’s take the example of the upcoming Premier League match between Liverpool and Crystal Palace. Liverpool, as you might expect, are favourites for the game with odds of 2/11 from Bet365. Crystal Palace are priced at 14/1, and the draw is 14/11. Now, it’s going to take a lot of money to make a bet on Liverpool worth your time and money. Even a relatively large wager, say £100, would return less than £20 in profit.

That’s one reason why Bet365’s Bet-Builder feature has become so popular. You can create a bet based on different elements, and it allows you to get creative. So, for example, in this match, you could combine Liverpool winning, with Liverpool winning by four or more goals, and Liverpool coming from behind to win (i.e. Palace score first). This gives a price of 80/1, which is obviously much more appealing to casual punters. There are 100s of different combinations for a specific Premier League match.

So, how would this work for esports? To illustrate, we will stick with Bet365. It’s a decent choice for esports betting, and there are some generous offers available for esports punters at Bet365, the details of which can be found here https://www.freebets.co.uk/bookmakers/. If we pick a typical esports matchup, Invictus Gaming vs Edward Gaming in LoL LPL Summer, then we can see there are 41 betting markets in total. That’s about average for a high profile esports match. The odds for the June 21st matchup see Invictus priced at 8/11 and Edward at 1/1, so it’s a lot tighter than the football match mentioned earlier.

The algorithm will determine the odds

Still, if we had a Bet-Builder feature, we could add some spice to the betting market. For instance, if we favoured Invictus to win, we could also add Invictus to slay the first dragon at 5/6 and the most kills in Map 1 at 4/5. To beef the bet up even further, we will add that there will be over two maps played in the contest (1/1). What would the final odds be for the combined bet? In truth, we don’t know because the bet-builder feature uses an algorithm to decide these things. You would expect, however, the odds to be somewhere around 7/1 or 8/1.

Does the above calculation mean you are being short-changed with Bet-Builder? No. You must bear in mind that there is causality at play here. If you bet on Invictus to have the most kills in Map 1 or slays the first dragon, it should follow that their chances of winning the match are increased. That’s the difference between Bet-Builder and parlay bets: The former allows you to combine both related and unrelated markets.

We are of the frame of mind that this sort of feature would work well with esports betting. We have yet to discover a bookmaker that offers bet-building features on esports matchups, however. Even using our rudimentary examples above, it’s difficult to argue with the fact that it makes the betting a bit more sophisticated. Would that make it more exciting? It’s entirely up to the punter, but we think that it would. 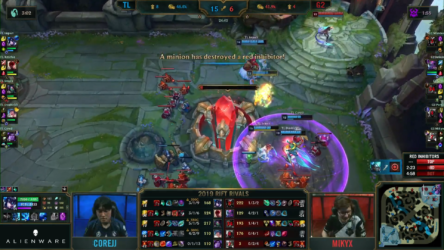