This year has been the beginning of VR truly kicking off as a consumer product.  A far cry from the 90s VR you’d get to play with at an amusement park or arcade, it’s not only advanced enough to be able to perfectly track the player, but both the comfort and fidelity have finally reached that critical point of being “enough” for that VR magic.

But it’s still early days.  It’s the Wild West right now amongst VR software and hardware developers, with all the rules still being decided upon.   What’s the killer app?  Playing games?  Viewing films?  Art installations?  It’s the biggest question cynics and pundits alike are asking.  Increasingly, however, it’s seeming like there won’t be a single killer app that dominates the use of VR.  Instead, it will grow as a platform for all kinds of different things.  Looking at its use for eSports provides the perfect demonstration of this.

The obvious question here is:  are there competitive games that are played in VR?  Even in these early days there are a handful of hopefuls.  Perhaps the best example is Eve: Valkyrie, a competitive space dog-fighter in which two teams of players are pitted against each other in various arena modes.  It’s a game that requires both a high individual skill level and excellent team coordination:  the two building blocks for any competitive game.  However, a game’s potential as an eSport is more often than not decided by how enjoyable it is for a spectator, which brings us to another application of VR… 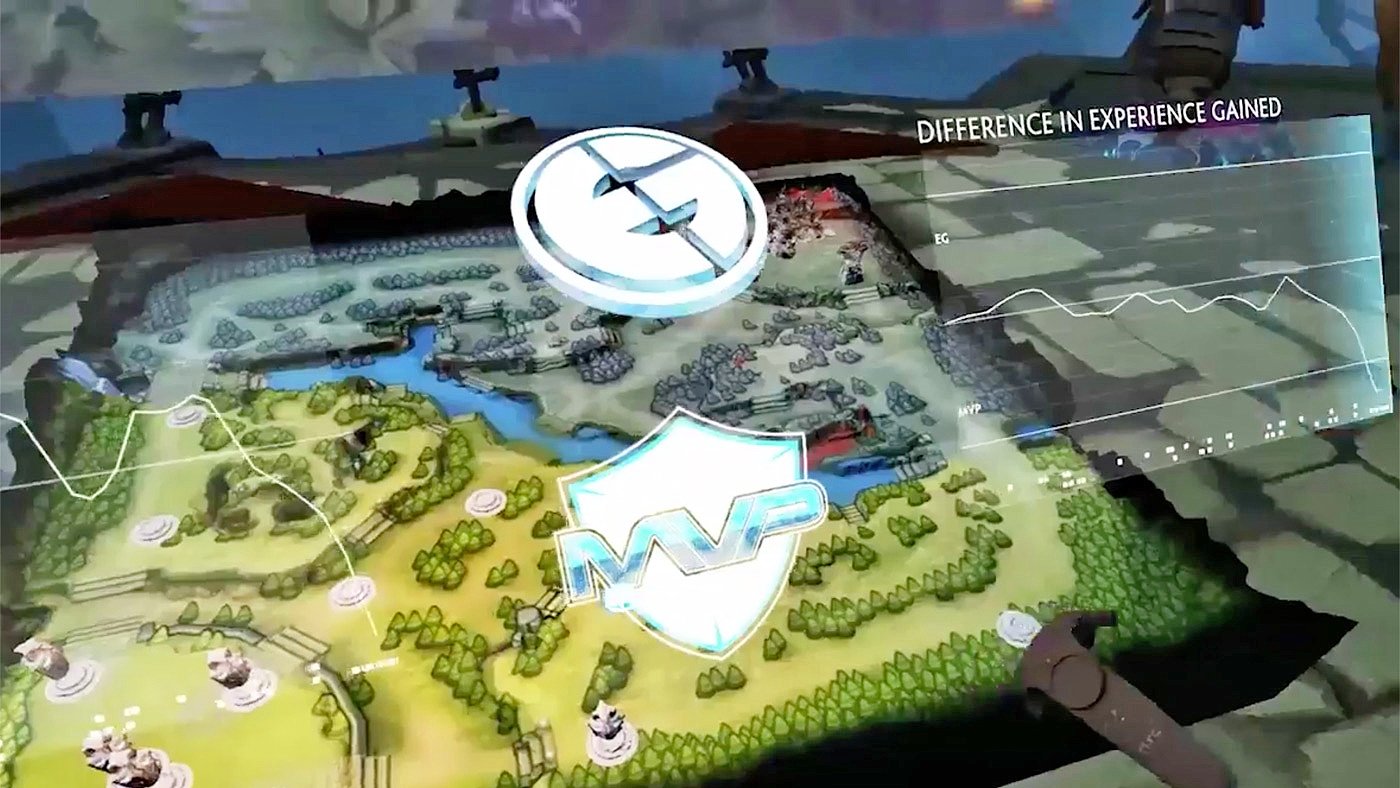 Observing games in VR will literally bring a whole new dimension to the experience.  Valve have led the way here with their VR observer mode for Dota 2, allowing VR users to step into the map itself.  Beyond just immersion, this provides the spectator with far more options in how they experience the match.  They can scale the map down so it’s like watching a bunch of toy heroes duke it out on a tabletop, they can zoom in to a medium-scale for a more recognizable view, or they can scale the map right up so that they’re the same size as the characters, and watch like they have a front-row seat at a football match.

It’s not just about directly experiencing a game through VR, though.  VR can also be used as a tool to enhance the experience for those watching eSports through traditional channels.  For example, VR comparison engine Top VR recently spoke to the developers of Battlerite who are working on tools to allow professional eSports observers to step into their game with a VR camera and film professional shots of the match, using the same techniques a real-world cameraman would use. 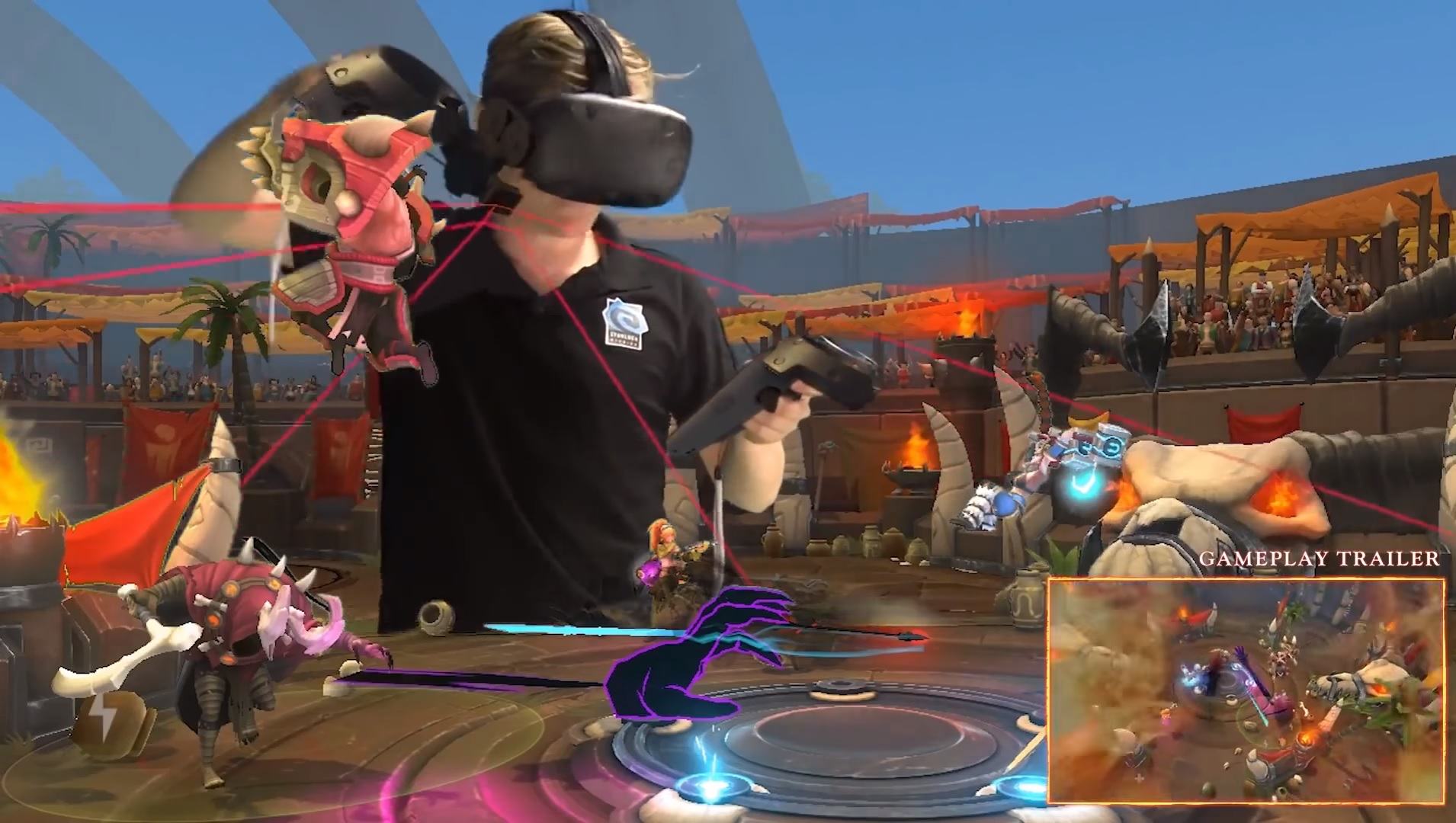 Ultimately, though, it’s going to be social VR that really kicks things off.  In the same way as Twitch (and its early competitors) had a huge part to play for the growth of eSports in the West, VR needs a way to experience the crowd.  Perhaps one day soon we’ll be able to stand in a VR Colosseum watching a battle, surrounded by thousands of other VR spectators cheering and chanting, blurring the line even more between eSport and traditional sport.