Loot.bet have been rapidly expanding their offering as of late, covering more esports titles on what seems like a daily basis. In addition to their online platform, CS:GO fans have been treated to the LOOT.BET/CS seasons. Now, as if you needed another reason to sign up, they’ve launched “Big Ladder“, giving users a chance to win iPhones, cool swag and up to €10,000 directly from LOOT.BET!

So if you haven’t already signed up to esports betting platform Loot.bet, now is a very good time to do so!
The ladder encourages new users to join the excitement as soon as possible as there are a handful of benefits and perks that are far too good to miss. If you are already signed up to Loot.bet, then you will likely be aware of the current rewards up for grabs. 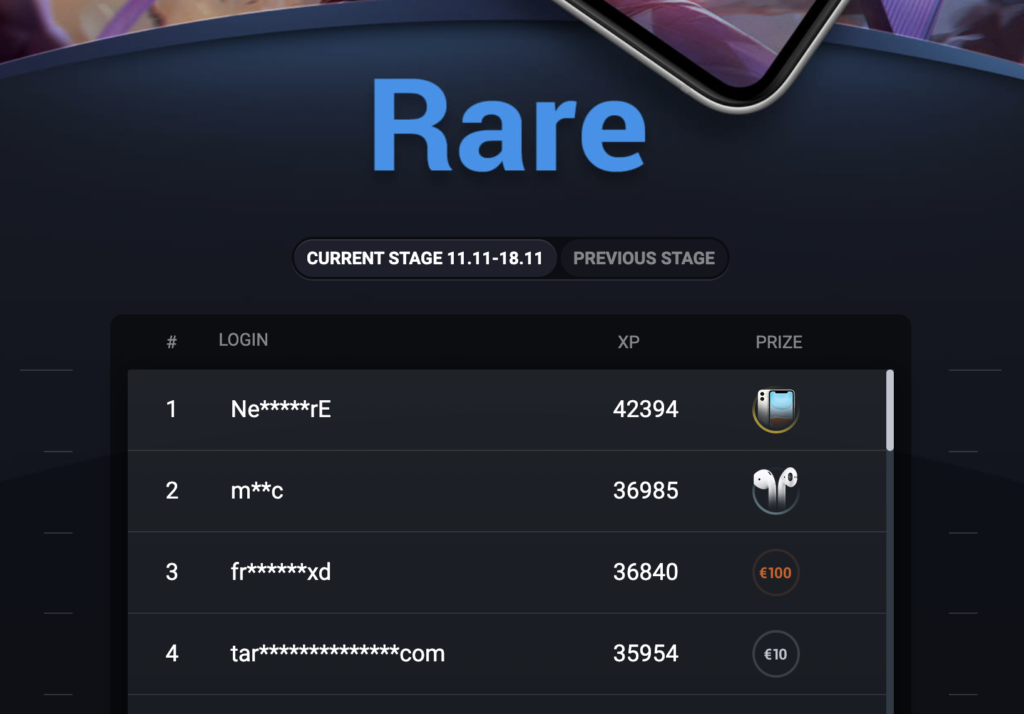 To be in with a chance to win some prizes, all you have to do is become a member and start earning XP. XP is earned by placing a bet that is either a single or combo, with odds that range from 1.30 to 50. If your bet wins you’ll start racking up XP and you could well be in with a shot of claiming exclusive prizes.
But that’s not all! Every Monday opens doors to brand new exciting rewards, and the busier the week becomes the bigger and better the giveaways become. There will also be other various chances to earn experience points after signing up, which can only benefit your chances to win.
Every year, €10,000 will be divided between the top 5 ranking users, so don’t just settle for an iphone and keep competing to take home the jackpot!
Let us know how you get on in the Leaderboard! We’re currently falling short of the top 25 for the week, but we hope to see you at the top of the ladder!