Think you have what it takes to beat Fnatic’s new Midlaner, Nemesis, in a 1v1? Well now is your chance to prove yourself! Fnatic have yesterday announced a Dr. Mundo Baron Pit tournament that will pit Fnatic fans against each other in a knockout format until just the bravest and most skilled Fnatic fan remains to take on Nemesis in a BO5. Could this be your first step to becoming their next midlaner?

If you haven’t played this Dr. Mundo mini-game before, then you’re definitely in for a treat. It’s a dodgeball-esque format that pits 2 opposing players against each other. Both playing the axe-wielding punching bag of a champion, you build a dividing line of wards down the middle of the Baron Pit and proceed to throw your axes at each other from your half until just one Mundo remains. The viktor victor. If you’re not sure how this would play out, there are plenty of recorded matches on Twitch and YouTube, but we’ve included one below.

In addition to these base rules, Fnatic have provided an extensive ruleset that will have to be adhered to and enforced throughout the tournament, so be sure to give that a read too before applying.

This tournament will only be open to their EUW fans, and you’ll have until midnight CET on Sunday 24th of March to register. It’s also restricted to players that are ranked, so if you haven’t yet finished your provisionals you may want to get onto that right away!

Fans will be entered into a BO1, Double Elimination bracket format until just one remains to face off against Nemesis himself in a BO5.

The tournament has been well received on the Fnatic Discord, but the event moderators have announced that there will be no prizes other than playing with Nemesis, essentially making this a for-fun tournament, especially for those higher ranked players that will already be playing with the Fnatic team on a regular basis in solo queue.

This information was less well received, with a number of players dropping out of the tournament upon hearing the news. We’ve no doubt that a bit of swag will go to the overall winner, especially if they are able to out-Mundo Nemesis in the finals.

If you’re interested in joining up, all you need to do is join the Fnatic Discord and register through their online signup form. Happy cleaving!

Since joining the Fnatic squad, Nemesis has had a bit of a shaky start, with the team dropping a number of their games in the first half of the Spring Split. After their dominating performance at Worlds 2018, fans were overly critical of the team as they struggled against even the bottom seeds. But every new team needs time to build up a rapport and learn each others styles, and as we’ve moved into the second half of the Spring Split Fnatic have started to rack their wins back up.

Sure, he’s no Caps just yet but honestly who is. With some more time to gel with the Fnatic team and their playstyle, we’ve no doubt that they’ll return to their former glory soon. 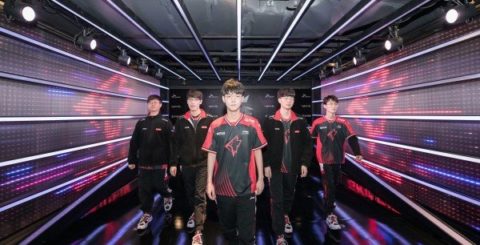 The Disbandment of Griffin's League of Legends Team 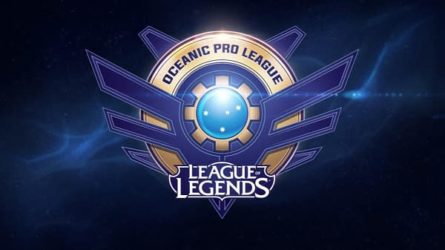