The exciting and competitive Super Smash Bros. Ultimate European Smash Ball Team Cup 2019, is only a matter of days away and Smash Bros fans can hardly wait for the outcome. This Nintendo animated phenomenon has united families across the world for years with its competitive but family-fun objective and traditional fighting style.

The aim of the game is to eliminate your opponents characters with a knock-out style stage fight and to gain winning status by being the player, still standing, with the highest level of health bars. In traditional tournament style for this event, the participating champions, who will be connecting and competing from various corners of the continent, will battle against each other for the title of European Champions.

Three days from now on the 4th of May in Amsterdam Berus van Berlage, the group staging for this tournament will begin at 10am (GMT) and proceed on to the quarter-finals before semi-finals and the very final event will take place on Sunday the 5th. Winners will then progress to represent Europe at the World Championshipsin Los Angeles, USA, a larger and vastly more intense event that is scheduled to commence on the 8th June.

However, this event is far from small fry as all involved will have to work exceptionally hard and have their wits about them the entire time as one wrong move could cost them their place in the competition and their chance of winning the enticing prize involved. Specifically designed Super Smash Bro. Ultimate Nintendo Switch Pro Controllers are what awaits the team who come out on top and a glorifies trophy to sweeten the deal is also ready and waiting for the big day.

How can I watch the tournament?

In order to feel a part of the action and support your chosen, local teams, fans are encouraged to still purchase a ticket to the Amsterdam arena, which can be found on the event page or alternatively by visiting this link: https://www.euteamcup.com/ where tickets are limited but still available to buy.

If, however, you cannot make the tournament in person, do not fear! To keep on track of the latest odds and information throughout the competition there will be live streaming on both Twitch and Youtube right from the 10am kick off and all the way through to the crowing moment the following day. In addition, Nintendo will be live tweeting moments through their twitter handle; @NintendoUKVS, where small snippets will posted for those wanting a more casual update.

The group staging process will involve team members being divided into four groups, labelled A-D. Below is a designed chart with the drawing of the day. 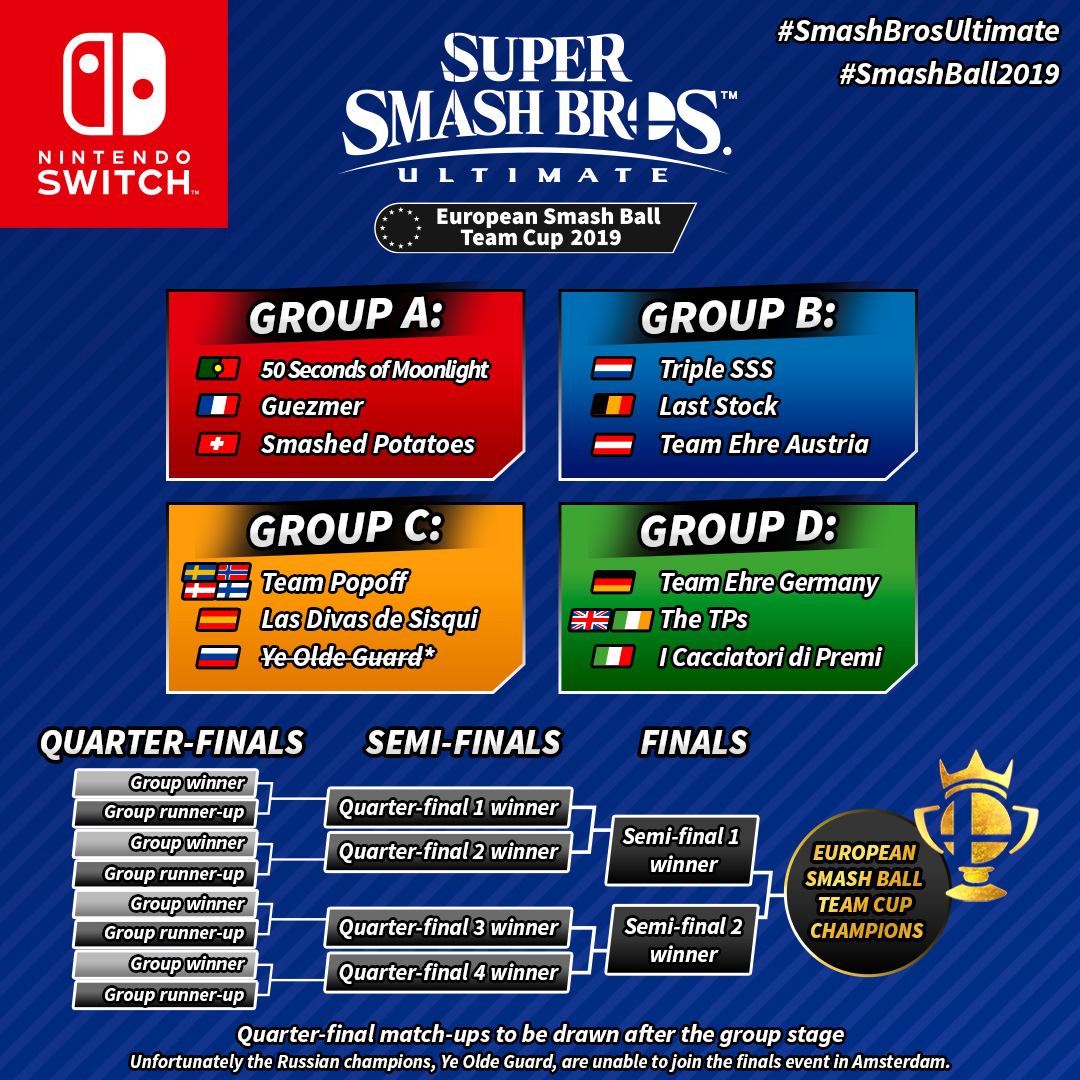 Having now been organised into separate groups, the next stage of the process will involve the top two teams of each of the four groups, to move on and battle it out during the quarter-final round. In order to whittle down the numbers, each best individual performer of the four groups will then be competing in the semi-finals during a best-of -five set which is described in more detail in the list below:

In terms of the Grand Final format, matches 1 – 4 will be decided on a ‘best of three’ result.

As with any well-managed competition, there are rules that need to be obeyed in order to ensure a smooth sailing of the days events. In order to keep things fair and even, all three members of the competing teams are required to compete in at least one of the first three matches of the Set. Not to mention each stock in the Squad Strike round will be playing against a 3 minute timer, to help spice things up and find the strongest of the bunch. Aside from that, players are expected to work together with their teams if they hope to win during the 2 vs 2 battles and improve their chances. As well as remembering that the same fighter can only be chosen once when it comes to the one-on-one matches, so teams will have to assess carefully the player and the strategies to choose if they are wanting a clear win against their opponent.

Who to bet on and the best betting bonuses available can be found on our dedicated Smash Bros. page. The countdown has started and the teams are ready and waiting to smash their way to the finals and lift that winning trophy!

Editor
Felicity is a content writer and editor for Sickodds, covering features from League of Legends to Formula 1 and every title in between. When not trying to incorporate Disney in every possible way, she specialising in events, odds and the latest esports news. 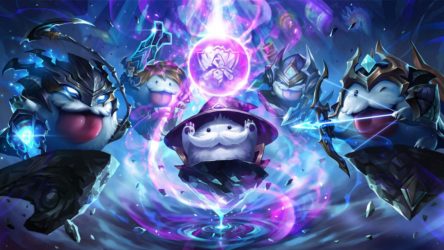 2020 Mid-Season Cup: Everything you need to know

ESL ONE Cologne goes on without audience, IEM Melbourne rescheduled