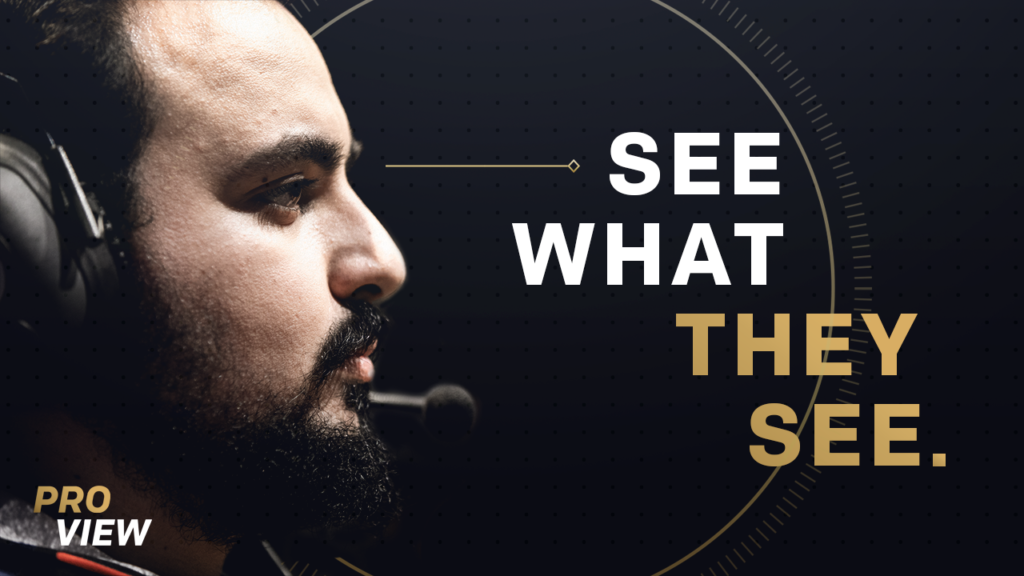 Access to Pro View will be charged per-split. The Summer Split will cost $14.99 (LCS) & €14.99 (LEC) and grant access until Worlds 2019. Future events will grant access to more content and, as a result, may carry a different price. To help share the love with the teams we’re paying to watch, revenue from Pro View will be split between regional leagues and teams to grow.

Currently, the Pro View service is only available as an add-on to the lolesports website’s live streams and VODs. There are steps being taken to incorporate the streaming service into the client itself, though there is no indication of mobile support for the service yet.

One of the benefits that Riot haven’t touched on in their marketing is how the Pro View can elevate your in-play betting experience. The additional in-depth information that is provided to the “premium” viewer will, without doubt, give the edge when it comes to betting.

The first and, in my opinion, most impactful feature that will benefit in-play League of Legends betting is the ability to track up to 4 players cameras, with true POV fashion. This doesn’t just set the camera to follow that person, but as if you were viewing their screen. With this you can track their pathing, monitor their cooldowns and determine their object preferences; all on one screen. The Pro View service claims to be lag-free as well, though to keep up with 4 streams you may need a decent internet connection behind you. 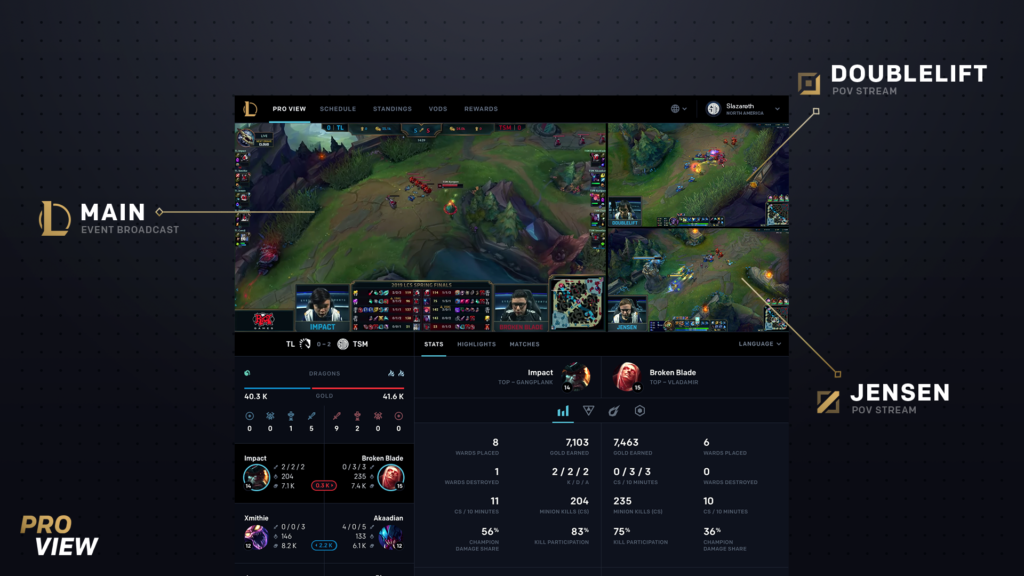 To give an example of this impacting in-play betting, think about the following scenario: The clock is pushing towards 25 minutes and neither team has yet slain the baron. Both teams have toyed with the idea but have focussed on other objectives. When watching as a general punter you’ll rely on the commentators and cameraman, as well as a solid memory.

Now, with Pro View on your side you can actively monitor both jungler’s position at the same time, watching their exact pathing and, perhaps most importantly, track smite cooldowns. With the third camera you can keep an eye on Rekkles to see when he starts rotating from bot lane and the fourth on the top laner to see when he’s pushing out bot wave before teleporting. So now, with a little bit of game knowledge in hand, you have a staggering advantage over the bookies.

Junglers will likely be your minimum go-to screen preference. Being able to track early ganks ahead of first blood or first dragon will become invaluable.

If being able to take the role of cameraman isn’t enough for you, then maybe having access to a plethora of live statistics will tickle your fancy. Whether you enjoy monitoring live gold charts, or prefer monitoring CS levels, then you’ll be over the moon. The statistics come direct from the game’s servers, so there is no worry about delays when data matters most.

Some pro players have come out to praise Pro View, whereas others have taken an opposing stance to the new platform. Yiliang “Doublelift” Peng, pro ADC player for Team Liquid, has – in his usual fashion – used the opportunity to fire shots at the EU and LEC, saying that by watching individuals it will start to expose low skilled players and really boost the quality of matches.

On an even more controversial note, Riot’s Pro View gained recent social attention for having accidentally leaked pro scrims between European team MAD Lions and what is now believed to be their B-Team. With this information, other teams and bettors can benefit as MAD Lions will be at a disadvantage, having other teams preview their practised team comps and play styles.

So ProView is so bugged that it might actually be leaking scrims? @lolesports @Splyce @MADLionsEC pic.twitter.com/8MzhlR7rdo

With this being one of the first subscription-based products released by Riot, you’d expect the bugs to be ironed out. However, there are still ongoing amends being made to ensure it’s a quality and secure product for fans around the globe.

If you’ve been using ProView for betting, or have opinions around it’s use, then we’d love to hear from you so be sure to leave a comment below!