The newly branded Northern League of Legends began on 18th January 2020. While it features the top 12 teams in the region, this year’s tournament is a merger between Nordic Championship and UKC. The overall format of the tournament remains the same, with the group stages following a round-robin, best of one matches, while the playoffs follow a double-elimination bracket. The Grand Finale will be a b05 match between the last two teams.

The last two teams in Group B will square it off on Thursday in a highly competitive fixture. With only 6 games played, Barrage eSports has already proven that it’s one of the best teams in this year’s tournament, winning 4 of 6 matches played so far in Group B. On top of that, Barrage eSports has only lost to Fnatic Rising and Team Singularity, currently ranked position 1 and 2 respectively.

On the other hand, MnM Gaming continues to struggle in the competition, winning only one out of six matches played. It’s currently tied with Riddle Esports for the last spot in the group. While these two teams have met on three different occasions previously, Barrage Esports had the final say in their last encounter. That said, we do not expect this match-up to be a close encounter. Barrage eSports is yet to lose to a team that is below it in the pool rankings and we do not expect a different outcome from this encounter. Barrage eSports will give out a clinical performance and end up picking another win.

Unlike Group B, Group A has been highly competitive with many of the teams in the group, putting up a spirited fight in all the matches played so far. BT Excel and Tricked eSports lead with the group having lost only one of six matches while third-placed Granit Gaming winning only three of six matches. Among the top three teams in the group, Granit Gaming is the only team that’s yet to show total dominance in any of its matches. Despite winning three matches, Granit Gaming has already lost to BT Excel, Tricked eSports and 4th placed Nordavind.

Dusty on the other hand is struggling in the group, picking only one win in six games. Dusty’s win came against 5th placed Nordavind and like most of its previous matches, this was a rather close call with the game ending 26-19 in favor of Dusty. Despite getting a win against Nordavind, Granit Gaming’s performance in this year’s tournament has been somewhat lackluster. Looking at their previous encounters, Granit Gaming and Dusty have already met in this competition, with Granit Gaming picking up an impressive win. With the two teams expected to go head to head on Thursday, we expect Granit Gaming to pick up another win over Dusty. Like their first encounter, we expect a close game. 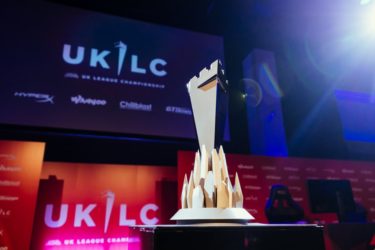