The Call of Duty league continues at pace, and we have two huge matches to check out today. Now, as the league has been in action for some time, it means we get a better indication of which teams are in form, and those that are struggling. So, what’s likely to happen in our matches of the day?

However, London has only won 5 games and lost 15 within those matches. Toronto is also higher at 9 games won and 13 lost, but it does indicate their matches have been closer.

This form for both teams even goes back into last year as it’s not new for London Royal Ravens to struggle. It seems rare for them to even just manage to hang on in there with games, and that’s why their odds to win are out at +3.20 compared to +1.31 for Toronto.

But here’s something more intriguing for those looking to place a bet on the outcome. If you feel like giving London a chance, then we suggest backing them at +2.5 since the odds come in at +1.21 against +3.98 with Toronto at -2.5.

Due to their form over recent history, we struggle to see past a win for Toronto Ultra with this pushing London out to a sixth defeat in a row.

Our bet prediction: Toronto to win at +1.31 at BetOnline.

Next, we check out Seattle Surge up against the Florida Mutineers, and this is promising to be a real battle thanks to both teams struggling to put any kind of positive run of matches together. Checking out their recent form in the league, it’s difficult to separate them, and that adds some intrigue.

The problem we have is the odds have Florida at +1.22 while Seattle is way back at +4.00. That’s a massive difference considering both teams have an almost identical record in the league. Actually, the only difference, up to this point, is that Florida has a slightly better games won record, but even that’s because they have played one less game.

So, we checked out form from last year, and Florida did perform better over the entire year. They had higher placed finishes and were more resilient. Also, they are managed by a legend in OGRE2 as general manager. He has been able to build a strong roster for 2021 that’s still trying to blend.

For us, we see the results from last year as being important even though the difference in odds is too big to make sense. There’s every chance Seattle could come through, so +4.00 is impressive.

However, we have a different bet that appeals in this game as we love Seattle at +1.5 games offering odds of +2.32.

Our bet prediction: Seattle Surge to win with +1.5 map advantage at +2.32 with BetOnline.

Tipster
The Esports Tipster gives insider insight and esports analysis for the best esports betting at Unikrn. Get updates on clever bets and leading betting offers with Unikrn esports tips. 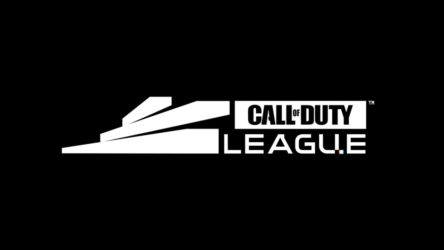